A notebook containing photos, fixture lists, many newspaper cuttings, a ticket for the Scotland v England rugby match in 1939 and many precious cuttings and notes was recently discovered. The content of the notebook has been scanned and the whole notebook can be found here.

The notebook belonged to a Freddie Macqueen and his daughter has kindly given permission for the notebook to be made available on this website.

I was contacted by SENSE, the charity that supports and campaigns for children and adults who are deafblind. A handwritten notebook from an Abbey boy written in the 1930s had been handed in to one of their shops. They kindly sent it to me and I posted the ‘find’ on our forum. The notebook appeared to have belonged to a F Macqueen. I was subsequently contacted by Freddie Macqueen’s daughter who had never seen this notebook but who could confirm it as her father’s.

Our grateful thanks to Mrs Felicity Marpole for the permission to display the contents of her father’s notebook and for the information and recent photo of the late Freddie Macqueen.

F Macqueen was born Alfred Carol William in 1921, but sadly he died on 1 February 2012. He was always known as Freddie. He and his elder brother, Alec, both went to Fort Augustus as did Alec’s 2 eldest sons Johnnie and Alasdair. Looking at the Abbey School’s colours board, Alec seemed to have been in the class above Freddie. 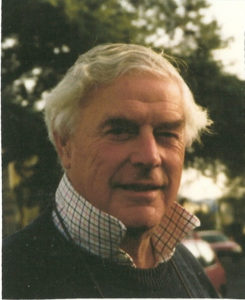 Freddie was in the Black Watch during WW2 then trained as a vet in Edinburgh . He met his wife Ann Henderson who was also studying in Edinburgh. Once qualified, Freddie moved to England for work where he lived the rest of his life. He and Ann had 4 children, a daughter and 3 boys. Freddie was always keen on sport and was very proud of the fact that he played rugby for Edinburgh Uni and hockey for Scotland while in the army. In later life he played squash and golf.

Freddie Macqueen was a very keen sportsman at school and this was clearly the inspiration to go onto better things. He earned his rugby and his hockey colours in 1937 and 1938 (his older brother Alec gained his colours in 1936 and 1937). It seems that he wrote newspaper articles for the Glasgow Observer (see note) and probably other papers.

The notebook itself has been scanned.