Peter Barry, nephew of our OB, the late Peter Barry, has kindly scanned a 1934/35 Hockey season notebook belonging to his father Thomas (Tom) Barry with notes about each of eight matches against Gordonstoun, Camerons, HLI and various XIs (Mr Threlfall, Mr Cundell, Mr Greenhalgh). It makes fascinating reading of a schoolboy’s perspective over eighty years ago. It can be found in the memorabilia section.

Carlekemp during the First World War

Carlekemp was bought in 1945 by Fort Augustus Abbey School as a prep school. Prior to 1945, it had been a family home. The Benedictine Abbess of Holme Eden, formerly the Abbess of the Old Convent at Fort Augustus and the sister of Old Boy Lord Carmont, told her brother to ask St Benedict to find a buyer for Long Bellenden, a handsome property he owned in North Berwick in East Lothian.So it was that on 9 October 1945, after a considerable amount of searching for a suitable site, the boys finally came to the mansion house of Long Bellenden (now reverting to its former name of Carlekemp). The building had been designed in 1898 by John Ross for the papermaker James Craig. Taken from Abbey Boys by Mike Turnbull (p261)

By 1918, the house was owned by a Mrs Addie. During the First World War and shortly afterwards, Carlekemp was used as a place for soldiers to convalescence there in 1918-19, recovering from serious wounds received from the battlefields in France. Huntly Gordon, a field gunner, was one such recipient of the care received and his son Gordon is about to republish his father’s memoirs called  ‘The Unreturning Army’ which also includes an account of his time convalescing at Long Bellenden (aka Carlekemp). 3 photos of Huntly Gordon in 1918 can be found in the photo gallery in the Carlekemp album.

Wee Dave’ Gavine, a former Geography master at the school has had the honour of having an asteroid named after him. Discovered in January 1989, ‘7120 Davidgavine’ was named after our friend Dave by an astronomer R H McNaught. Further information can be found here. 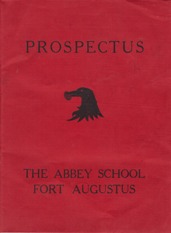 William Wattie and John Murray have kindly provided copies of the School prospectuses from the late 50s and 60s. This has been added to the web for perusal together with a sale catalogue for the Abbey in the 1990s.

The web page is on the menu. If anyone has any other memorabilia (e.g. Corbies, newletters, school lists etc) and is happy to share them, please provide an electronic copy or send the original to the webmaster (cbryce@gmail.com). The new webpage can be found here.

Masters at the Abbey

Following on from a post that Chris started in the forum last year, a web page has been created dedicated to our teachers and masters (click here). Please advise if there are teachers which aren’t on the list or if you have any corrections, please add a comment to the forum (click here) or email the webmaster (cbryce@gmail.com)

Old Boys will remember the war memorial which was situated at the fork in the main school drive. It would have been passed by boys countless times possibly not realising its true significance (certainly for the younger OBs). At the OB AGM in 2010, it was agreed that the memorial should be cleaned and the letters re-carved. Fr Benedict Seed re-dedicated the War Memorial on 26 May, which had been newly-restored and re-located at its original position. 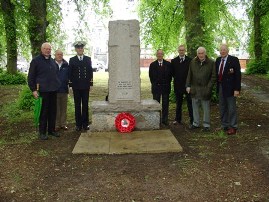 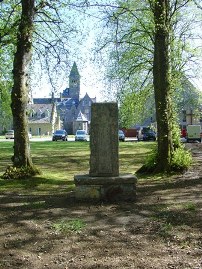 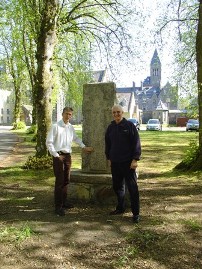