On 9 January 1952 the Community took a momentous decision. On that day they elected Fr Oswald Eaves as the fifth Abbot of St Benedict’s Abbey. He had long and strong links with Fort Augustus, having come to the School in 1924 and entered the novitiate in 1927. He took a prominent part in all School activities, being a Monitor, Captain of Rugby and a member of the Cricket and Shinty teams.

Soon after his ordination in 1934 he went to the Priory, Canaan Lane as what The Corbie called ‘an indefatigable second-in-command’ to Fr Matthew Stedall; when the Priory transferred to Fort Augustus during the War, Fr Oswald was made a housemaster, a post ‘in which his gifts of leadership and improvisation found more scope than ever’.

His outstanding achievement during the War was the raising and running of the Abbey School troop of Air Cadets with its junior bodies, the Air Scouts and Cubs. After the War Fr Oswald became the first Prior and Headmaster of Carlekemp. He was the first Old Boy of the new Abbey School to be ordained a priest and the first from it to be blessed as Abbot.</P

The Editor of The Corbie astutely assessed Abbot Oswald’s charisma:

There is no need to relate how he fared in that capacity; his pupils, their parents and his staff are willing witnesses to his kindly but discriminating zeal.

On St Gregory the Great’s Day, 12 March 1952, Fr Oswald Eaves was formally blessed as the fifth Abbot of Fort Augustus by his friend of many years, Bishop Frank Walsh, WF, of Aberdeen. Presiding at a throne on the epistle side was Archbishop Andrew Joseph MacDonald. The Archbishop of Glasgow assisted in the sanctuary, along with the Bishops of Argyll and the Isles, Dunkeld, Paisley and Motherwell. Also present were the Abbots of Ampleforth and Belmont, Abbot Wulstan Knowles, the Prior of Pluscadren and Dom Dunstan Penley from Portsmouth, USA. The Abbot of Nunraw, the Dominican Prior of Edinburgh, the Superior of the Jesuit Fathers in Lauriston and two Passionist Fathers represented the other religious orders. The diocesan clergy from near and far filled rows of chairs in the sanctuary. Lord Lovat and Mrs Stirling, both members of the founder’s family (Fr Jerome Vaughan) were present with a large body of other lay people in the nave of the church. The entire School was at the Blessing. Some sang, others did the serving and the rest had their places in the tribune of the church. 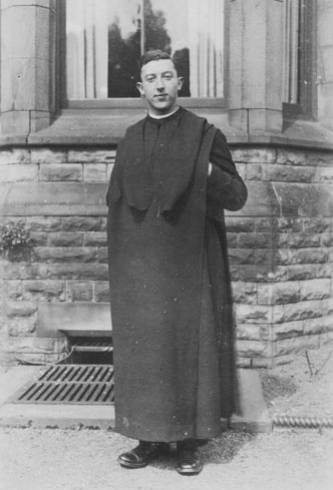 Between 1953 and 1957 Abbot Oswald was instrumental in bringing to fruition at least seven radio or television broadcasts featuring Fort Augustus. In 1953 the BBC broadcast a service from Fort Augustus; (broadcast 16 June: began at 3.00 pm) Vespers of the Feast of the Sacred Heart [monks, boys, Fr Gregory with commentary by Abbot Oswald Eaves] First full-length service broadcast from the Abbey; 1953 (broadcast New Year)

Family connection with St John Southworth. Abbot Oswald completed the nave of church and built Calder wing of school. He went to Sweden 1960-74, but for health reasons returned to Carlekemp

On 8 January 1975, in Yorkshire, Abbot Oswald Eaves died of an aortic aneurism after a happy Christmas visit to his relatives in Preston and to his old friend, Bishop Wheeler of Leeds. He took ill when with Bishop Wheeler, who immediately anointed him. Then Fr Michael Conlin, (the Bishop’s secretary and an Old Boy of Fort Augustus), rushed him to hospital. An Old Boy of St Andrew’s Priory, Edinburgh, Brother Casimir (Alistair Fegan), (Prior at Scorton, Yorkshire and a Nursing Brother), was praying beside him when he died. 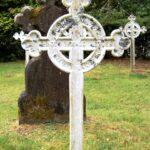 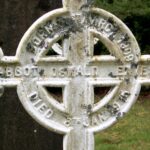