Born in Birmingham in 1881, he first came to Fort Augustus as a thirteen year old alumnus leaving his home in Worcestershire. This was shortly after the first School closed. He completed his secondary education at the Abbey and entered the novitiate in 1900, followed by two years of study in Rome. He completed his studies at the College of Sant’ Anselmo, Rome and was ordained in 1908.

On his return to Fort Augustus he was appointed assistant bursar and a few years later became parish priest of Glengarry and Abertarff. On the outbreak of war in 1914 he served as a naval chaplain at Invergordon. 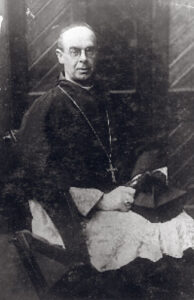 After the war he became Sub-Prior but in 1924 went to Washington as superior with a number of American priests who had spent a year training at Fort Augustus. Not long afterwards he was sent, along with Fr Hugh Diman, to found the Priory and School at Portsmouth, Rhode Island. He stayed at Portsmouth as Prior until 1929, by which time the School was firmly established. Upon Abbot MacDonald’s consecration as Archbishop of St Andrews and Edinburgh, Fr Wulstan was elected Abbot of Fort Augustus.

The election of an Abbot to succeed Archbishop McDonald took place on 11 November 1929. See The Scotsman’s report.

Abbot Knowles returned to Fort Augustus on 12 December and was welcomed by the Community and the School. A holiday was declared to celebrate his solemn blessing five days later. The Headmaster, Fr Ninian Macdonald, left to work in America. His place was taken by Abbot Knowles.

On 4 November 1937, Abbot Wulstan Knowles was re-elected as Abbot. The School was especially delighted, particularly when he granted them a holiday the day after his election!

At the end of his third term of office in 1940, Abbot Wulstan Knowles retired from the post of Abbot of Fort Augustus to which he had been first elected in 1929. He was 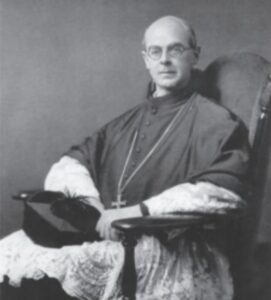 now living in retirement in his native Worcestershire. The Corbie assessed Abbot Wulstan’s style of leadership:

Always taking a keen interest in the School, Abbot Wulstan generally left its day-to-day management in the hands of successive headmasters, so that his direct contact with the boys or lay staff was infrequent … With a mind dominated by the great ascetic principle so familiar to those who heard his conferences, once he had taken a decision he found it easy to hold steadily to it and be quite unperturbed by its success or failure in practice.
He was re-elected Abbot in 1944.

On Tuesday in Holy Week 1965, Abbot Wulstan Knowles, who had been chaplain at Stanbrook Abbey, Worcestershire, for thirteen years, died and was buried in the Abbey cemetery. 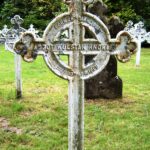 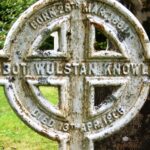