Percy Freeman was born in Birmingham in 1888 and orphaned at an early age. The family belonged to the Church of England and Percy was educated at the Royal Wolverhampton School. Afterwards he ran his own linen drapery business for a number of years. In 1912 he was received into the Catholic Church at the Birmingham Oratory where he served as sacristan and master of ceremonies for many years.

In 1936, Brother Anthony received the monastic habit at Fort Augustus, was professed the following year and was employed chiefly as sacristan and refectorian. In 1953 he was appointed to the lighter work of answering the door and telephone in the Hospice

On 23 June Brother Anthony Freeman died of a heart attack at the Birmingham Oratory, with which he had been associated for most of his life. 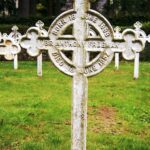 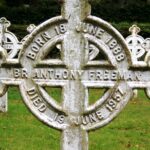