On the Feast of St Michael the Archangel (September 29, 1955) the School attended High Mass in the choir as Brothers Marian Lang and George Tolan took simple temporary vows.

On 13 June 1956, the School attended Pontifical High Mass for Bro. George Tolan (who had died in Glasgow the previous Friday) and after Mass were present at his funeral. 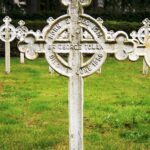 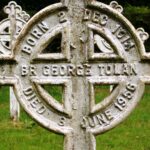