Brother John had come to the monastery in the late 1920s. Among other things, he was an efficient plumber. He served in the Fort Augustus Fire Brigade and was awarded Fire Brigade Long Service and Good Conduct Medal in recognition of his thirty years’ service with the Volunteer Fire Unit at Fort Augustus in 1976.

Latterly he had manned the door and the telephones as well as being the monastery’s contact with the Village. His kindness to the poor who called at the door, his devout attendance at funerals of numerous local acquaintances and his care for the troubles of all, deservedly won him high repute. The School swelled the congregation at his funeral on 1 March. 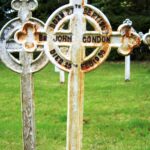 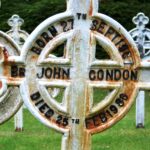