Son of August and Katherine Auer

Brother Raphael’s father was Bavarian watchmaker and his mother was Swiss. Bother Raphael was an expert watch-mender. He was Canon Bernard Auer’s brother (Aberdeen)

Brother Raphael Auer died on 26 January 1957. Born in Aberdeen on 19 September 1876, of Bavarian and Swiss parents, he attended Robert Gordon’s College before entering the monastery in 1931. Previously he had worked in his parents’ watchmaking and jewellery business (and had also been a representative of a firm of watch and clockmakers). At Fort Augustus, he continued to use his expertise in a workshop full of bits of wood and the spare parts of watches. He was affectionately known as ‘Gandhi’ because of his resemblance to the great Indian politician and mystic. 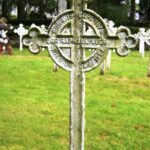 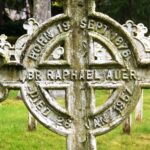