On 11 September 1960 , Br Stephen Cusick, one the lay brothers, passed peacefully away. Born in Hamilton in 1887, he worked first as a clerk with various firms, including Singers in Clydebank and John Brown’s shipyard. During the First World War, he served in the Royal Scots and later in the Labour Corps. After the war, he settled in Dalmuir, where he was organist at the parish church of St Stephen. In those days of silent films, he used to play the piano during shows, improvising to suit the action.

He was attracted to Fort Augustus while attending men’s retreats held during Glasgow Fair Week. He entered the monastery in 1931 and was clothed in 1932. He worked, first in the kitchen, then later as a sacristan and house Brother. 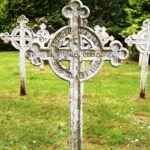 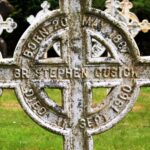