Br Wilfrid Atkinson, for many years a regular oblate at Fort Augustus, died in July 1989. He had been resident for a number of years in Nazareth House, Aberdeen. Before joining the Community, Br Wilfrid, who was a native of Preston, had been an Anglican monk and later tried his vocation as a Jesuit laybrother. For many years he coped with the Abbey’s plumbing and also manned the door at the Hospice, receiving visitors. 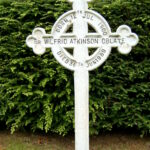 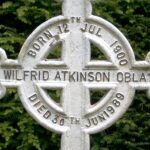