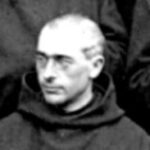 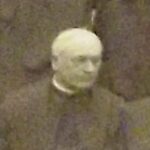 In 1881, Dom Adrian (not yet ordained) was part of the small Fort Augustus Community managing a school (St Benedict’s College – predecessor of The Abbey School) of fifty boys

The original monks from Ampleforth and Downside were still there in 1881. Fr Jerome Vaughan was Prior, Fr Bernard Murphy Subprior, and we also had Fr Ignatius Dewhurst, Fr Gregory Brown, Fr Alexius Eager, Fr Anselm Cody, and, though not yet ordained, Frs Benedict and Adrian Weld-Blundell, Fr Kentigern Milne, Fr Michael Barrett and Fr Oswald Hunter-Blair then mostly in simple vows.

(taken from an early version of Abbey Boys)

In 1890, he wrote an article in Nature about Araucaria Cones (https://www.nature.com/articles/043128c0) (Araucaria is a type of  evergreen coniferous tree)

Fr Adrian, together with Dom Stephen Rawlinson, founded a small ‘Catholic Settlement’; in Bermondsey in August 1910 whose purpose was the promote religious, social and educational interest in the neighbourhood and influence catholic layman to take part in social work (see https://journals.sagepub.com/doi/abs/10.1177/001258063004800204?journalCode=tdra).

In 1914, together with two other monks of Fort Augustus (Fr Lawrence Mann and Fr Wulstan Knowles), Fr Adrian entered service as naval chaplains. Fr Adrian served with St Battle Squadron and was then transferred to HMS Queen Elizabeth with the Eastern Mediterranean fleet at the Dardanelles and saw service in the first landings at Gallipoli..  He left the navy on 26 July 1919 (see Benedictine Military Chaplains in the First World War by James Hagerty ). Fr Adrian’s 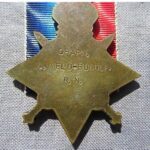 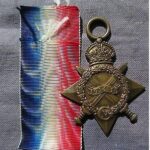 war medal was subsequently sold and can be viewed here (seen here) – note the erroneous engraving on the back of the medal states CHAPN. A WELD-BUNDLE R.N.

In 1919 he was called to Rome and worked on the Biblical Commission for the revision of the Vulgate; he was part of a large Benedictine team managing the Revision of the Vulgate Bible (the Vulgate is a 4th century latin translation of the bible which was to become the Catholic Church’s officially promulgated Latin version of the Bible during the 16th century). In 1907, Pope Pius X commissioned the Benedictine monks to prepare a critical edition of Jerome’s Vulgate, entitled Biblia Sacra iuxta latinam vulgatam (completed in 1995) – see https://www.biblicalstudies.org.uk/pdf/scripture/02-4_100.pdf

In the early 1920s, Together with Fr Stephen Ryan, Fr Adrian set off for the United States where, at Portsmouth, Rhode Island, they would help staff the new St Gregory’s Priory and School. Later, Fr Adrian would serve as superior of the Washington priory from 1926-1936. In 1938, Fr Adrian returned to Fort Augustus as Novice Master.

In 1939, the Corbie reported Fr Adrian, standing in the Piazza of St Peter’s, described his experience of the coronation of Pope Pius XII for readers of The Corbie:

The ceremony did not take long. The distance was so great that few could actually see more than figures on the balcony, without powerful binoculars. However, loudspeakers carried the sound of voices and even words to a considerable distance. After the triple crown, the Tiara, had been placed on the head of Pope Pius XII, with due ceremony and prayers, the Holy Father pronounced the Solemn Blessing on the immense crowd, and on the whole world – Urbi et Orbi the City and the Universe. There immediately arose a deafening cheer by many voices in many languages.

(taken from an early version of Abbey Boys)

Fr Adrian passed away at Fort Augustus on 10 February 1949 and is buried in the monk’s cemetery.

His obituary can be seen in the Catholic Herald for 18 February 1949.

The death is announced of Dom Adrian Weld-Blundell, O.S.B., who died at St. Benedict’s Abbey, Fort Augustus, on February 10. He was 88. Educated at Stonyhurst, he was professed in the Benedictine Order in 1874 and ordained in 1886. After holding various posts he became a Chaplain to the Royal Navy in the first world war, and saw service in the first landings at Gallipoli. In 1919 he was called to Rome and worked on the Biblical Commission for the revision of the Vulgate. He continued as a counsellor to the work. even after his appointment in 1926 as Prior to the new foundation made from Fort Augustus, at St. Anselm’s Priory, Washington, U.S.A. He returned to Fort Augustus in 1939. 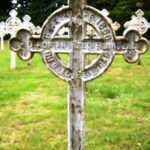 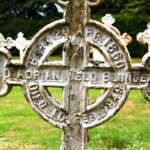