On 15 October Fr Ambrose Geoghegan died, as a result of a serious operation, while being cared for at St Raphael’s nursing home in Edinburgh. Born in London in 1882, he entered the Alumnate at Fort Augustus in 1895 when the College had just been closed down. He made his profession in 1903 and was ordained in December 1909.

In the Autumn of 1910 he went to Oxford to take a degree and entered Parker’s Hall (previously known as Hunter Blair’s Hall). The Master was now Fr Anselm Parker, later to be Headmaster at Fort Augustus. Some years later it became known as St Benet’s Hall. Fr Ambrose, however, found life at Oxford uncongenial and felt his degree course was not relevant to his needs. He only remained at Oxford until the following Spring, when he returned to Fort Augustus. Already before his ordination Fr Ambrose had been assistant organist, now he became chief organist and cantor.

During the First World War he became an Army Chaplain. In 1918 he was severely wounded at the Western Front and it was not until 1921 that he finally left hospitals behind him and returned to the Abbey.

Fr Ambrose was gifted musically, playing the piano and the organ (skills which his nephew, Fr Gregory Brusey, also inherited). He had a very true tenor voice. With a deep and exact knowledge of the Classics, he showed professional expertise and incisiveness in everything he did. He had an infectious sense of humour.

In September 1923 he was appointed prior by Abbot McDonald, a post he was to hold for the next 17 years. He was also organist and choirmaster, taught Moral Theology to the student monks and took charge of the studies of the Lester students.

He went to Downside in 1940 (where he taught moral theology) and returned to Fort Augustus in 1944, resuming his duties as organist, cantor and professor of moral theology. He was appointed Sub-prior, a position he held until his death.

His two main recreations, according to season and weather, were bookbinding and scything. The monastic Library was full of his beautifully executed bindings. His visitors had to thread their way between large wooden contraptions to enter his room. When he travelled south, he always wore an ancient Inverness cape in the manner of Sherlock Holmes. In Summer he scythed, dressed in a monastic habit and a white straw hat, a pipe clamped between his teeth to keep away the midges! 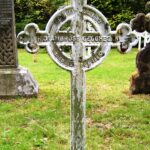 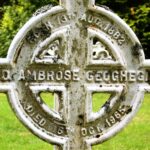