Father Anselm was an Army chaplain in World War 2 and spent much time in Iceland. 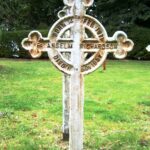 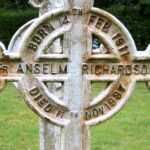