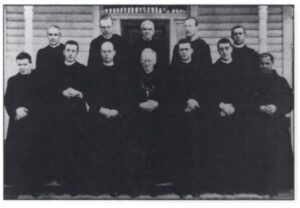 Born on 26th September 1903 and baptised Herbert John Sole, Fr Bernard was educated at Douai and came to Fort Augustus at the age of 18. He had a brother – Fr Francis Sole. On August 15, 1923 together with Dom Bede O’Donnell, Dom Bernard, and Dom Brendan O’Connor and two lay-brothers, Br Vincent Staiger and Br Hugh Shields, they sailed from Glasgow to Montreal and went by rail from there to Washington. He was a founder member of St Anselm’s Abbey in Washington DC and of Portsmouth Abbey, Rhode Island. As one of three junior monks of Fort Augustus who attended the Catholic University of America (catholic.edu), the Catholic Advance (Wichita, Kansas) 8 November 1924 noted “There is almost epochal significance in their entering the Catholic University; ecclesiastical students frequently have gone to the Old World to complete their studies, but here probably for the first time, a group proposes to study in America and return to labour in their own country. There is implied a distinct honour to the catholic University.”

He returned to Fort Augustus in 1929 and was ordained the following year. In the years leading up to the War he played an important part in the electrification of the organ. Fr Bernard was a gifted musician and music composer, especially for hymns. He would work with another fellow monk at Fort Augustus who would write the words to his music.

Fr Bernard was instrumental in seeking funds for the school swimming pool which opened in 1935 complete with diving board. and subsequently assisted in teaching the boys.

Most of the School were able to swim by the end of the term, thanks to the lessons given by Fr Bernard and Br Andrew (McKillop?).

During the War he served with the Army throughout the Burma Campaign. For years after his return, his familiar figure topped by a wide ‘burma’ hat would be seen in his boat (‘The Burma Star’) as he waited patiently for the next trout to take the worm.

He was a keen fisherman and The Corbie reported that in 1939, he caught a 50lb trout. 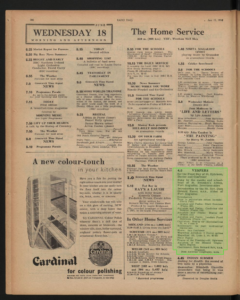 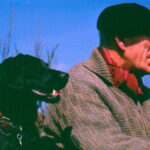 On Sunday 22 May 1955, the Abbey and School broadcast a religious service in the BBC Scottish Home Service, led by Abbot Oswald. His talks were interspersed with hymns and plainchant, sung by the monks and by the boys. Fr Thomas was the choirmaster, Fr Basil the reader, and Fr Bernard the organist.

In 1960, the church underwent some alterations and Fr Bernard designed and made the baldachino (canopy) and the throne.

As a gifted musician, he composed a number of well-known hymns.

He was the parish priest at Stratherrick for nearly ten years and he was greatly loved there.

Prior to the new school term starting in September 1971, as the acting parish priest Fr Bernard Sole was on his way to visit at Invermoriston when he was knocked off his scooter and suffered severe head injuries. He was quickly transferred to the intensive care unit at Raigmore. Sadly, on 13 January Fr Bernard Sole died as a result of this road accident. 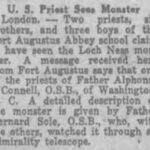 Fr Bernard was reported in a newspaper (The Register – Dever, Colorado) 1935 to have seen the Loch Ness Monster. 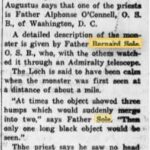 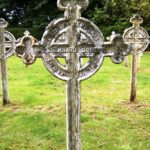 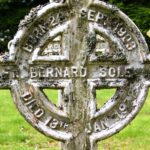