The 1871 census (year of his birth) shows Edward Henry Stoton residing with his mother at Brunswick Place, Hove, Sussex with his mother at the home of his mother’s ‘adoptive father’ – Sir Matthew Wilson 1st Baronet of Eshton Hall, Gargrave, Yorkshire (Great nephew of ‘Clive of India’). Gertrude petitioned on 04 Aug 1870 unsuccessfully for judicial separation from her husband. Fr Bruno died before his mother.

We regret to record the death, which took place on February 22 at Fort Augustus, of the Rev. Edward Bruno Stoton, priest oblate of the Abbey. Father Bruno was a convert to the Church, and had been associated with the Benedictines during almost the whole of his priestly life. Not feeling called to take the monastic vows, he was professed at Fort Augustus as an oblate, and in this capacity gave his services to the monastery. Serious heart trouble developed a few weeks ago, and after receiving the last Sacraments, Father Bruno gave up his soul to God shortly before the monks assembled for Matins. His tall and massive figure was familiar to visitors at the Abbey. On the following Thursday, the feast of St. Mathias the Apostle, he was laid to rest in the monastic cemetery, which overlooks the waters of Loch Ness. The deceased was in the 50th year of his age, and the 14th of his priesthood. 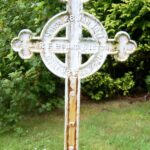 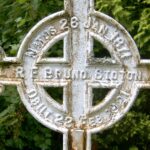