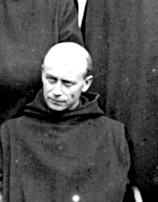 Fr Columba was educated at the Abbey School from 1880-81.

He was an author and wrote 2 books;

From the very earliest evidence of Christianity in Scotland, Edmonds details the history and evolution of the Church. Split into four parts, Edmonds details the most significant challenges and controversies the Scottish Church has faced over the centuries, including the dating of Easter, the “proper” practice for tonsure, and the tensions between the Celtic and Anglo-Saxon churches. Drawing on primary sources, Edmonds also describes the origins and evolution of the Church’s liturgy and ritual observances.

can be viewed online or downloaded here 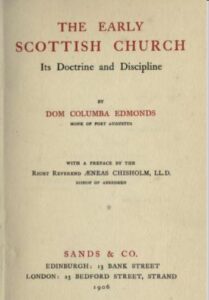