Fr Cyprian looked after the accounts, was Novice Master, Junior Master Congregation and examiner in Philosophy

He was an Army signaller 1915-18, listening in to German telephones and also studied Sanskrit in the trenches.

He was at Nashdom 1929 and Fort Augustus from 1932 teaching Philosophy from 1939. He acquired a working knowledge of Church Slavonic and was familiar with French, Latin Greek, Italian and later studied Hebrew (made card index dictionary) as well as Arabic. Later in life, he started Russian.

On 28 January 1960 Fr Cyprian Gibson died, after suffering from cancer for ten years. A man of enormous energy and a brilliant scholar, he had been born a member of the Church of Scotland in Glasgow. He had first worked as a clerk in the insurance and foreign exchange business. After serving three years in France as a signaller during the First World War, he joined the Anglican community at Nashdom but was eventually received into the Catholic faith by Abbot Wulstan Knowles at Fort Augustus in 1931.

Fr Cyprian studied Philosophy in Rome before being ordained at Fort Augustus in 1939, where he became Professor of Philosophy. He always had an abiding love of languages. During his service as a soldier in France, he used to tap the enemy telephones and listen to German conversations. In the trenches he taught himself Sanskrit! Over the years, his deep interest in liturgy and Scripture led him to learn Slavonic, Arabic and other Oriental languages. 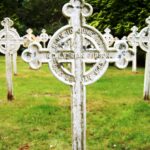 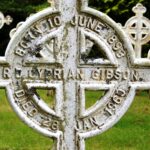