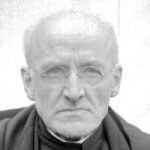 His father was a Lutheran minister

For the family history (escape from the Russians), see M.Butler Holme Eden: the Nuns of Fort Augustus, 2006, p48.

He had a sister, Sr Agnes Dieckhoff, a nun of Holme Ede and Kilcumein.

Fr Cyril has his own Wikipedia page;

Father Henry Cyril Dieckhoff (Russian: Генрих Кирилл Дикхофф) (1869-1950) was a Russian Catholic priest and linguist.[1] He was born in Moscow, the son of a Lutheran preacher, but spent much of his youth in Germany, as his mother was Catholic and unable to continue living in Russia.[2] He studied in Berlin and was given Holy Orders without permission from the Russian authorities and therefore first fled to England and then Scotland, where he was welcomed as a brother at the Fort Augustus Abbey in 1891.[2] He gained priesthood six years laters in 1897.[2]

In 1933, Fr Cyril began to gather accounts of the Loch Ness Monster. His notes would later be used in a book published in 1957 “More than a legend” by Constance Whyte. It was reported he had seen the monster twice and had termed it “the plesiosaurus”.

Fr Cyril’s entry in the register of deaths for Fort Augustus for 1950 can be viewed online. 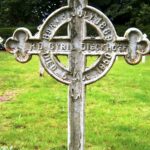 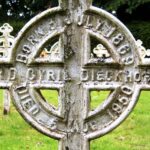