Fr Denys was a Lester student (pre-seminary) at Fort Augustus 1925).  In 1930, he joined a small, new, community at St Andrew’s Priory in Morningside, Edinburgh (which became the predecessor of Carlekemp as a feeder school). The resident Community consisted of Fr Basil Wedge, Prior and Fr Kentigern Milne, and four junior monks (Brs Denys Rutledge, Edmund Carruth, Ethelbert McCombes and Andrew McKillop) who were to study for their degrees at Edinburgh University. Fr Denys gained a First in Classics at Edinburgh University whilst there.  (Taken from Abbey Boys by Mike Turnbull)

He was ordained on 2 August 1936 with Father Celestine Haworth (later Abbot).

When war broke out in 1939,  Fr Peter Walter, Fr Cuthbert Wilson and Fr Denys Rutledge left the monastery to serve as chaplains to the Forces. He was an Army Chaplain from 1939-45 and kept a diary of his time as a chaplain.  This can be read online in a well-written compilation by James Hagerty at PADRE’S PROGRESS: THE WAR DIARY OF DOM DENYS RUTLEDGE OSB. James HJngaererty notes that of the 42 monks of the English Benedictine Congregation who served as military chaplains, eight were monks of Fort Augustus. These included Frs Peter Walter, Cuthbert Wilson, Bede O’Donnell, Bernard Sole and Denys Rutledge.

He returned to Fort Augustus in June 1945 and became the kitchen master. In 1949, Fr Denys left the Abbey to discover ‘a pure and uncompromising form of monastic life’ and went to live as a hermit on the Isle of Mull. He later became founder of the Mull and Iona Mission to the Diocese of Argyll and then moved to the island of Canna in the Inner Hebrides. In the late 1950s he lived on an Indian Christian Ashram (‘spiritual centre’) with a small community of Benedictines neer Poona and published an account of this in his book In Search of a Yogi: The Quest of a Christian Monk in the Sacred Places of India. When he completed his life as a hermit in India, he walked back to Fort Augustus! From 1961 until 1982 he lived an eremetical life among the last surviving Araucanian Indians in Chile where he published his third book The Complete Monk where he describes his search for the ideal monastery by way of travels in Chile, Bolivia and Peru and where he had gone in answer to the Pope’s appeal for help in that continent.

In 1982 he returned to Fort Augustus to receive medical attention. After spending some time in hospital, he was moved to a convalescent home in Nairn before returning back to the Abbey. In 1985 he was appointed the Librarian, in succession to Fr Augustine Grene. In 1997 at the age of 91. 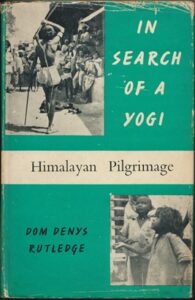 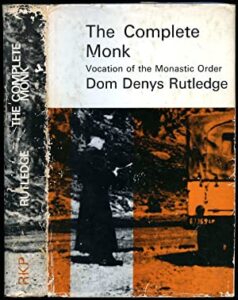 Benedictine monk Father Denys Rutledge, who died at the age of 91 in Fort Augustus Abbey, on the shores of Loch Ness, was known in his long life devoted to God as a hermit, a best-selling author, as one who gave outstanding service as a chaplain in the Second World War, and as a first-class thinker on theological matters.

His long career in the Roman Catholic faith began in 1926 when the Birmingham-born man entered Fort Augustus Abbey as a novice.

By the time he was ordained as a priest a decade later he had studied Classics at Edinburgh University, where he graduated with a First Class Honours degree.

On the outbreak of hostilities in 1939 Father Denys immediately volunteered as an Army chaplain.

He was appointed to look after the spiritual needs of Catholic servicemen manning anti-aircraft batteries. He was given a motorbike and a petrol allocation to enable him to cover a vast ”parish” consisting of the entire East Coast of Britain.

In 1941 he was posted to Malta and he was present throughout the siege of that strategically important Mediterranean island, when it came under heavy enemy aerial attack.

That led to the entire island civilian and service community being awarded the George Cross for gallantry for resisting the determined German efforts to knock it out as a key base for supplying the British Eighth Army in its successful efforts to thwart Rommel’s Afrika Korps reaching and capturing the Suez Canal.

In the post-war era Father Denys embarked on a personal search for solitude and ”pure monasticism”, which led him towards a long spiritual journey as a ”hermit”.

The man, who colleagues say ”was blessed with the gift of a simple life”, spent several years living alone on the Scottish islands of Mull and Canna and then moved to India, continuing his hermit lifestyle. Later he lived as a hermit on a remote hillside in Chile.

Father Denys developed a keen concern for the poor peoples of the Third World and he regarded the basic Christian communities there as the right model for monastic communities in the West in the twentieth century.

He walked all the way back from India to the Highlands.

His travel book, In Search of Yogi, about his experiences in the subcontinent and on the marathon journey home, became an unexpected best-seller in Britain, and gave him a taste for further writing.

Turning to weightier subjects, he published Catechism through the Liturgy, regarded at the time as an important contribution to Catholic theology.

This was not least because, in it, he correctly anticipated by several years changes introduced by the Second Vatican Council, presided over by Pope John XXIII in 1962.

One of the council’s keynote changes, predicted by Father Denys, was the abandonment of Latin for prayers . the lit-urgy . . . in favour of the vernacular language.

His other books included Cosmic Theology and The Complete Monk, the latter being also considered to be an innovative work.

The Concelebrate Mass during the funeral service at Fort Augustus on November 13 was presided over by Abbot Mark Dilworth.

Also present was Abbot Alfred Spencer, formerly of Pluscarden Priory, near Elgin, as well as his nephew Father Brian Rutledge and several other Catholic clergy from various parts of Scotland. 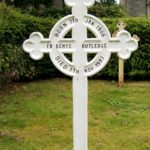 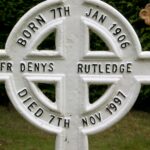