On 24 May, after a long illness spent in various hospitals in Glasgow, Fr Ethelbert McCombes died from a tumour on the brain. He was born in Glasgow in 1909 and came to the Abbey School aged 14. Whilst at school, John McCombes (Fr Ethelbert) gained his rugby colours in 1925 (together with J Eaves (later Abbot Oslaed Eaves) and R McKillop (Fr Andrew) and also in 1926 with G Carruth (Fr Edmund).  He gained his cricket colours and captained the school XI in 1927 (gaining his clollurs with H Boultwood (later Abbot Alban Boultwood) and G Carruth (Fr Edmund)). He entered the monastery in 1927.  He was sent to Saint Andrew’s Priory, Canaan Lane to study English at Edinburgh University where he graduated three years later. On 1 August 1937, along with Brs Andrew McKillop and Maurus Whitehead, he received the diaconate from Bishop Bennett (an Old Boy).

In 1938 he was appointed Assistant Headmaster of the Abbey School under the Headmaster, Commander Farie. Fr Ethelbert took over as Headmaster in 1939, continuing in the post for 13 years. From 1941-45 he also took charge of the Preparatory School, which had been evacuated to Fort Augustus.
He succeeded Abbot Oswald Eaves as Prior and Headmaster of Carlekemp in January 1952. However, his health slowly deteriorated and finally broke down in 1959.

Fr Ethelbert’s greatest innovation was the introduction of the House system (with monks as Housemasters), the administration of the School by members of the monastic Community, and the increasing importance given to Science. 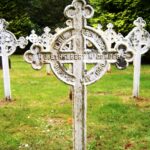 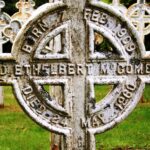