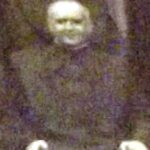 Fr Francis was clothed and simply professed at Erdington Abbey (when it was a Benedictine Abbey – now a Redemptorist House). Fr Francis transferred to Fort Augustus before 1914. Subsequently, when most of the monks (28) returned to Germany in 1919, it left only 11 monks at Erdington.

The Community and the School were saddened by the death of Fr Francis Blackwell on 1 July 1940. As a boy in London, his literary talents brought him into contact with the most prominent poets of the 1890s. He won scholarships to the City of London School and Dulwich College, showing a special aptitude for English.

After leaving school he became literary editor of The Westminster Gazette. After some months at the Redemptorist Novitiate in 1907, he joined the Benedictines and was ordained at Fort Augustus in 1916. In May 1918 three monks from Fort Augustus (Frs Ambrose Geoghegan, Francis Blackwell and David Parker) were all commissioned and served in France. Fr Francis served from 7 May 1918 until 10 April 1919 and during this final year of the First World War he suffered gas attack which left him with permanent heart trouble.

He worked for the community both at Fort Augustus and also in America, where he spent five years. At Fort Augustus he was parish priest, librarian and English master. Besides the play ‘St Thomas More’, he wrote many poems and contributed regularly to the American journal, Homiletic Review. 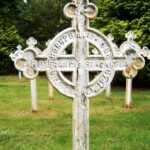 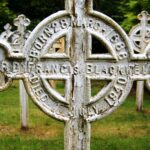