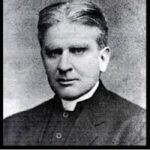 Born John Byron Diman, the son of Rev. Jeremiah Lewis, a Congregational minister and Emily Gardner (Stimson) Diman of Brookline, MA, Dom John Hugh Diman, O.S.B., was a Catholic priest and a Benedictine monk of Portsmouth Priory (now Abbey), where he served as Prior from 1929-1940. His father was a noted Brown University professor of History and Political Economy and Jeremiah and Emily had four children; John was the second oldest.

In today’s age, he would be termed an educational entrepreneur as he founded 3 schools.

Like his father, John had a strong interest in religion. Unlike his father he chose Episcopalianism after his graduation from Brown University in 1885 and received the degree of Batchelor of Divinity in 1885 from the Episcopal Theological School in Cambridge, Massachusetts. In 1896, he earned a Master of Arts diploma from Harvard.

In 1888 John was ordained a deacon in the Episcopal Church in 1888. but never received priestly ordination in the Episcopal Church. In that year, he became the first permanent rector of the newly-established St. Columba’s Church in Middletown. For the next several years he alternated between his clerical duties and teaching assignments at the University Grammar School in Providence.

In late 1896, with his sister Emily, he opened an Episcopal boarding and day school for boys on Catherine Street in Newport that evolved into the prestigious St. George’s School. Under Diman’s direction, it moved to its present Middletown campus in 1901. At that time, Diman’s teaching chores included instruction in English and Latin. He had one master and eleven pupils when he started “Diman’s School for Small Boys” Gradually his posh Newport parishioners sent him their sons. Twenty years later, when Headmaster Diman retired, St. George’s (as the school had been renamed) had 120 boys, a sizable debt, and a sizable scholastic reputation. Today it has over 370 students. St. George’s, Diman thought, came close to the ideal of a general education, but because it taught slowly, and tried to teach character and not job skills, it “clearly and necessarily had to be a school for rich boys.” 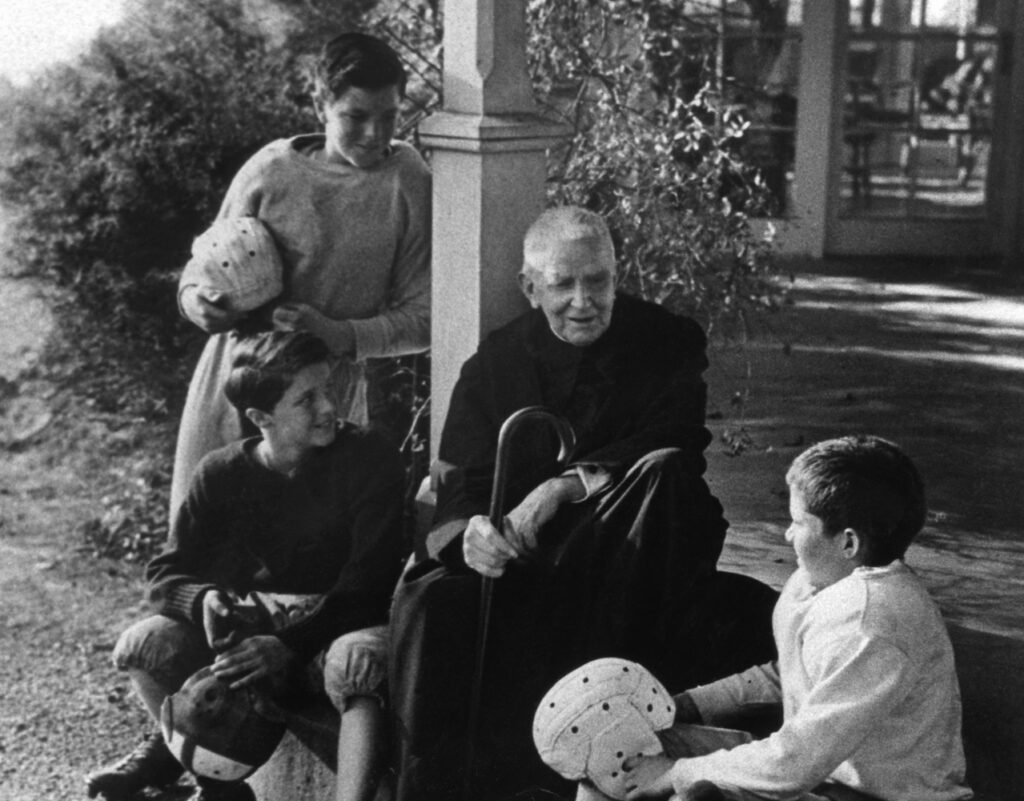 Rev Diman then founded Diman Regional Vocational High School in Fall River, Massachusetts, in 1912 (today the school has 1400 pupils). Not content with educating the elite, he developed plans for creating a vocational facility in the public school system. He chose Fall River for this educational experiment donating $2,500 in support of the venture. It opened in December 1912 in the basement room of the John J. McDonough School with twelve high school “drop-outs’ who began courses in mechanical drawing and wood-working. Under the direction of Frederick H. Rundall for its first thirty years, Diman I

In late October 1916, John Diman announced his retirement as founding headmaster of St. George’s at the conclusion of the 1916-17 academic term after twenty-one years in that post, observing that “perfect harmony exists in the councils of the school.” Though not then clear to surprised and disappointed students and alumni, Diman had begun his conversion to the Roman Catholic Church, a process explained by Diman in 1942 via a lengthy article in the national Catholic newspaper, Our Sunday Visitor.

Diman formally embraced Catholicism on December 16, 1917 and went to England during World War I becoming a Captain in the British Red Cross. After the armistice, he studied theology in Rome and at Fort Augustus. This experience and a developing friendship with another convert, Father Henry P. Sargent, led Diman to take his priestly vows at Belmont Abbey, North Carolina in 1921. Fr. Diman entered the Order of St. Benedict at St. Benedict’s Abbey, Fort Augustus, Scotland, in 1923 aged nearly 60.

He was sent in 1924, with Fr Wulstan Knowles, from Fort Augustus, to found the Priory and School at Portsmouth, Rhode Island on waterfront land called Hall Manor acquired in 1919 by the Benedictines. Though Father Hugh was hesitant, because of Portsmouth Priory School’s proximity to St. George’s, he directed his third foundation (save for intervals in 1932-34) until retiring in 1942. During that tenure, he had also served as Prior, the Abbey’s spiritual director. In 1946, he was named Headmaster Emeritus of Portsmouth, a position he held until his death in 1949.

The Reverend Hugh Diman Scholarship has been established to honour the founder and first headmaster of the School. Portsmouth Abbey School.

A champion of education, Dom Hugh twice served as president of the Harvard Teacher’s Association, and was much honoured before his death at Portsmouth, age 85. 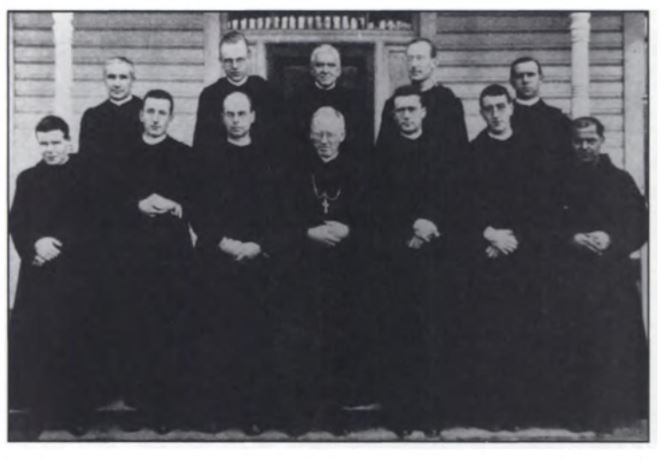 Father Hugh is not buried in the monk’s cemetery