There is a note about Father Martin being a headmaster but this cannot be confirmed.

He is said to have been the first man in great Britain to ride a bicycle and gave it its name while at Cambridge in 1861. In 1864 he supervised the construction of the first twenty miles of the Madras railway in India; he was for a time an Anglican minister, and a laymaster at Fort Augustus. 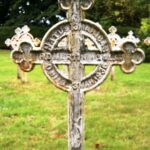 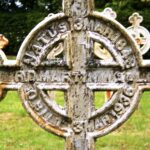