Father Vincent was educated at Fort Augustus going straight into the monastery from school.

He taught Geography at Fort Augustus and taught at Carlekemp (he is listed in the Carlekemp Staff list of 1957). He was latterly the Vaughan housemaster and died in post.

He ran the Combined Cadet Force (Major Pirie-Watson), was a sailing instructor and he managed the school choir and the school music.

Father Vincent was very artistic and highly talented and was often involved in school plays and drama managing the scenery and make-up.

Father Vincent died in his sleep in his housemaster’s room.  His absence was noted at early morning prayers and he was found dead in his bed holding his rosary beads. He was taken before his time. 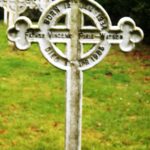 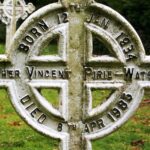